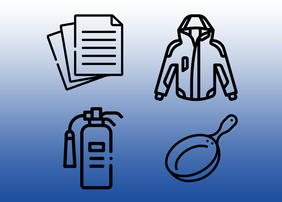 The draft of the new EU Drinking Water Directive regulates per- and polyfluorinated alkyl substances (PFASs) for the first time. These industrially produced chemicals are released into the environment via a variety of products. The detection and monitoring of these compounds, which are currently difficult or impossible to analyze, poses new challenges for water analysis.

On 18 December 2019, the European Commission, the European Parliament and the European Council reached an agreement on the draft of the new European Union Drinking Water Directive (EU-DWD) after five trialogue negotiations. The directive is expected to be published in the course of 2020 and is then to be transposed into national law of the member states within two years.

The draft of the new EU-DWD also regulates per- and polyfluorinated alkyl substances (PFASs) for the first time. PFASs are industrially produced chemicals that are foreign to nature. They have water-, grease- and dirt-repellent properties and are in use since the 1950s, for example in electroplating baths, fire-fighting foams, non-stick coated cookware, outdoor clothing and food packaging. A PFASs list published by the OECD in 2018 contains more than 4700 entries. In addition, there are unintended synthesis by-products and impurities as well as transformation products, which can arise in the environment both abiotically and through biodegradation. Many PFASs can potentially degrade to the extremely persistent perfluorinated carboxylic and sulfonic acids.

Annex I of the draft EU-DWD now provides a parametric value Sum of PFAS of 0.1 µg/L for a selection of 20 of these perfluorinated alkyl acids listed in Annex III. These 20 target compounds thus represent only a subset of all known PFASs. In the future, compounds containing a perfluoroalkyl unit with three or more (maximum of 13) carbon atoms will be regulated.

In addition, a PFAS sum parameter (PFAS - Total) of 0.5 µg/L was introduced comprising all PFASs. However, it will only be applied once technical rules for monitoring this parameter have been developed. Member states can then decide whether to use either one of the parameters PFAS - Total or Sum of PFAS or both.

The 20 individual substances included in the parameter Sum of PFAS cover a wide range of PFAAs with chain lengths from C4 to C13. At present, however, no analytical standards are available for two of the long-chain sulfonic acids, which are an indispensable prerequisite for quantitative analysis (as of August 2020). In addition, for some PFASs of Annex III, isotopically labelled standards are missing, which are necessary for an accurate determination of concentrations in HPLC-MS/MS analysis, to correct matrix effects and to mathematically compensate for losses during sample preparation.

It has to be critically noted that the occurrence of PFASs with chain lengths > C10 in surface and ground waters is extremely unlikely, as they are present in the environment predominantly bound to solids or in the unsaturated zone at the water/air interface. Therefore, their occurrence in drinking water can be excluded in practice. The strong tendency of these compounds to accumulate at interfaces also interferes enormously with their accurate analysis, as they also tend to adsorb, e.g. on vessel surfaces, resulting in a risk of carry-over. Since these substances will be regulated in the EU-DWD and the German Drinking Water Ordinance (TrinkwV) in the future, the technical committee CEN TC 230 recently started a new work item proposal for the development of an analytical method with an extended list of substances. Via the DIN working group NA 119-01-03-02-21 AK ‘Per- and polyfluorinated alkyl substances (PFASs)’ TZW actively works within this standardization project.

One way out of the problem of having to monitor these compounds, which are currently difficult or impossible to analyze, could be to refer to risk assessment and risk management with regard to the occurrence of these compounds in the catchment area of water supplies. According to the explanation in Annex III of the planned EU-DWD, these 20 substances only need to be monitored if their presence in a particular water supply is likely. However, it remains doubtful that the responsible authorities will be satisfied with the exclusion of long-chain PFASs solely on the basis of physicochemical properties. It is likely that, at least initially, analytical monitoring will be mandatory and only after a few negative results have been obtained the parameter range could eventually be reduced.

Which methods can be used to monitor the new parameters

The current draft of the EU-DWD leaves open with which analytical method the parameter PFAS – Total is to be monitored in the future. A standardized procedure is not yet available for any of the possible methods. Basically, a distinction must be made between fluorine-specific and perfluoroalkyl group-specific parameters.

The organofluorine specific methods AOF (adsorbable organically bound fluorine) and EOF (extractable organically bound fluorine) are based on the fact that the content of fluorine from organofluorine compounds, which can be isolated from a sample with a specific extraction method, is determined by elemental analysis for fluorine. The sample extracts, a loaded activated carbon in the case of AOF or a methanolic extract in the case of EOF, are completely digested by combustion.

Since all adsorbable or extractable organofluorine compounds are covered by both AOF and EOF, e.g. also fluorinated pesticides and pharmaceuticals and their degradation products, both parameters are not specific for PFASs and therefore unsuitable for monitoring the parameter PFAS – Total.

Because of its good sensitivity and selectivity, the Total Oxidizable Precursor (TOP) assay currently comes closest to a parameter PFAS – Total, although it cannot detect some of the per- and polyfluoroalkyl ethers currently on the market. In the TOP assay, polyfluorinated compounds are converted by oxidation into easily measurable perfluoroalkyl carboxylic acids. Since these are determined by sensitive HPLC-MS/MS analysis, the sensitivity of the TOP assay corresponds to the very good sensitivity of the PFAS single substance determination.

TZW has already extended its analytical method for target substances and (as far as possible) adapted it to the new requirements. However, the worldwide unavailability of two analytical standards currently still prevents the analysis of the parameter Sum of PFAS as given in the draft EU-DWD. The three methods discussed for the parameter PFAS – Total, AOF, EOF and TOP-Assay, have been established at TZW for years. From an analytical point of view, however, there is still a need for methodological definition and development, on which the EU must position itself in a next step.

In spite of all the analytical challenges, the EU's focus on this extraordinary group of substances in drinking water in the future can only be welcomed. It thus supports not only its own Zero Pollution Strategy, but also the efforts of some EU member states to ban PFASs completely. However, the simple addition of PFAS concentrations in the parameter Sum of PFAS without considering their toxicological relevance could lead to difficulties for some affected water supplies in the future. This is especially problematic if toxicologically less critical short-chain, mobile and therefore difficult to remove PFASs make a larger contribution to sum concentration.