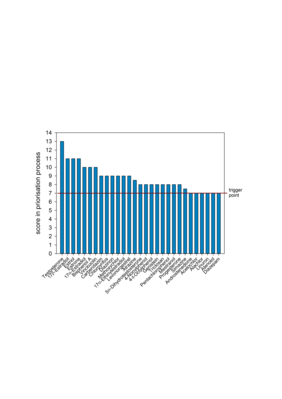 Prioritized compounds for method development. Prioritization is based on known potency or activity for certain endpoints, usage as reference compound, likelihood of occurrence, availability of analytical methods and relevance for country of the respective projects partners.

Bioanalytical tools (in vitro bioassays) are finding increasing utility as screening tools because the chemical nature of endocrine activity in a sample may be unknown and/or difficult to quantify. This is particularly true for those less studied endocrine endpoints, where the causative chemicals are often unknown.

The EDC Toolbox 2 project continued and expanded on previous GWRC efforts to develop and validate methods to measure estrogenic activity in water to include a range of substantially less well-studied endocrine endpoints.

Some important knowledge gaps were identified, in particular