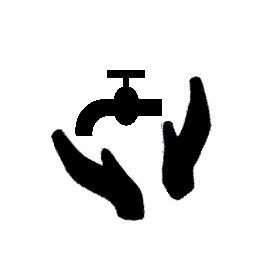 To impede the entry of substances that are hazardous to health in drinking water, a guideline was created for water supply companies and a database for civil protection provided as part of a joint project.

The network-bound supply of a sufficient quantity of hygienically flawless drinking water is considered a fundamental infrastructure measure in Germany. Natural disasters or incidents or terrorist attacks mean that issues with the drinking water supply cannot be excluded.

The joint project “Protection of the drinking water supply with regard to CBRN risk scenarios (STATuS)” should contribute to increasing civil security in the event of possible expected or already incurred contamination of drinking water by chemical, biological or radioactive substances (CBRN agents). Suitable preventative and mitigation strategies were devised on the basis of a hazard and risk analysis. To detect attacks, online-compatible detection methods were developed for these agents so that meaningful information can be obtained through the suitable positioning of relevant measuring devices in the distribution network. Based on network structure analyses, proposals were made for structural improvement with the aim of reducing the vulnerability of the distribution network and simultaneously minimising the extent of damage in the event of contamination. Common treatment technologies were also investigated in terms of their efficiency for cleaning polluted raw water.

A socio-economic assessment of attacks on drinking water supply was also carried out in addition to these technical investigations. The total loss to the economy anticipated in such an attack is estimated using modelling according to the various threat scenarios and a cost-benefit analysis performed for the possible defensive measures.

The investigations led to a guideline in which the scenario of contamination with toxic substances can be more easily integrated into existing risk management.