Intelligent Systems for the sustainable reduction of nitrate in groundwater 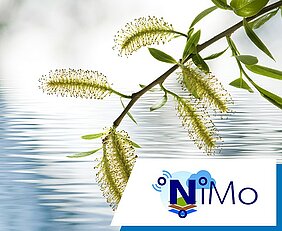 The nitrate distribution in groundwater represents a highly complex, spatially and temporally highly variable pattern, which shows a pronounced regional and especially vertical hydrogeochemical differentiation. In the research project "NiMo 4.0" intelligent data-based systems will be developed, which shall contribute to a sustainable reduction of nitrate pollution.

Three AI-driven core elements are being developed. The first element is used for spatial prediction of the parameter nitrate. In the future, this should primarily replace the classic and significantly less accurate methods of interpolation and thus ensure that authorities and water suppliers can better assess nitrate pollution.

In the third core element, a dynamic event detection system (EDS) will be set up for the early detection of nitrate pollution foci and the detection of correlations between the measuring points within a water system. Furthermore, this system will also be able to take over the partly complex plausibility check of parameters.

These intelligent modules will be developed, calibrated and applied using data from the two pilot regions, the „Zweckverband Landeswasserversorgung” and the “Wasser- und Abwasser-Zweckverband Niedergrafschaft”.

This will provide water utilities with a system for optimizing their nitrate measurement program, on the basis of which they can take targeted measures to sustainably reduce nitrate concentrations in heavily polluted areas.