for removing micropollutants from drinking water 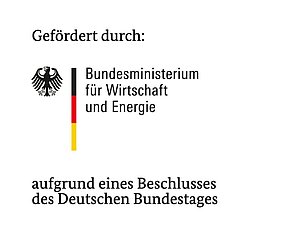 A multistage powdered activated carbon-ultra filtration method was used to simultaneously remove particles and micropollutants or for the temporary incidence of pollutants. The method was piloted together with a medium-sized company under real-life conditions.

Organic micropollutants such as pesticides, pharmaceutical or polyfluorinated compounds (PFC) are increasingly detected in the raw water of waterworks for public drinking water supply. These kinds of substances cannot be removed via ultrafiltration (UF). However, it is possible to remove them using a hybrid system consisting of powdered activated carbon (PAC) and UF.

A hybrid system was tested in pilot scale in two waterworks in co-operation with the company Strecker Wassertechnik GmbH. The pilot plant based on a full scale ultrafiltration membrane module. The system uses a discontinuous dosing of powdered activated carbon (PAC) in the feed of the ultrafiltration. The ultrafiltration plant was equipped with a special air-water flushing process. No chemicals were used to flush the UF membrane. A special process management by implementing an internal circulation using a second UF stage, minimized residuals of the process. Only the sludge that contains PAC and particles from the feed water is periodically removed from the plant and sent for disposal. The effectiveness of the hybrid system for micropollutant removal was proven by monitoring several micropollutants with different adsorption behaviour.

In conclusion, the PAC-UF-UF method appears to be a superior method for treating karst spring water and reservoir water as well as for raw water with occasional and fluctuating micropollutant concentrations. This means that the method can also be used in regions in which there is no sewage system nor receiving water to discharge sludge-containing water.